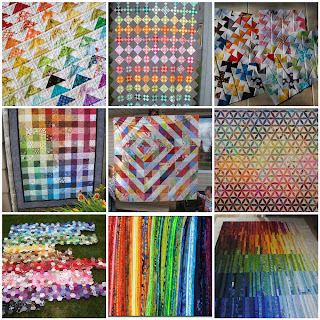 Email ThisBlogThis!Share to TwitterShare to FacebookShare to Pinterest
Labels: inspiration

I have a long list of unfinished items in my stash and in my head. While I am definitely a thinker, it's my creativity that best defines me.

One is for a lovely little girl has been without a "blankie" from me since her birth over a year ago. Before she was born, I consulted her mother about the use of Ellie Fun - Karen Neuburger's Pink Dots purchased with Fabriholics Anonymous here on etsy. 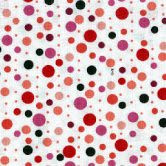 I scanned in a photo of the fabric into EQ6 and started doodling. Both quilts are throw size and use a 12" finished version of the Autumn Star block from Quilter's Cache as a base.  After heading Tonya's admonishments to use more contrasting colors and many adjustments, here are my two layout choices: 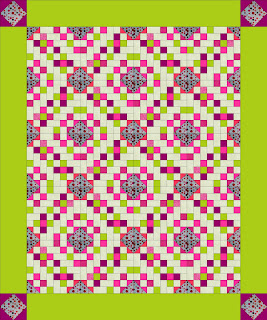 Option 2: You Zig and I'll Zag 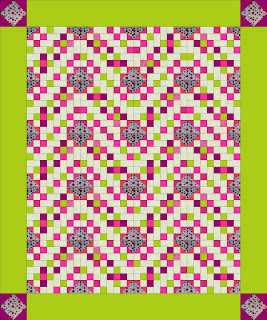 Baby S is now a walking, soon-to-be-talking toddler, so I am already woefully behind in getting her this quilt.  Maybe I'll get it done before she starts college.


This is my "design wall"...well actually, its a design floor.  I haven't been able to get myself together enough to get my felt up on the wall...anyway, I digress.

In 2006, the now defunct Block Central hosted a block of the month titled "Nine Patch Nirvana". I previously blogged about it here.  I loved the pattern and the idea of participating but, as has become usual with me, I wasn't able to participate in the sew-along until much later.

Fast forward several years, in December of 2010, I dug in the stash and found some batik and hand-dyed fabrics that I felt lent themselves to the pattern. I used Kona Cream  as a unifying background.

After too long of a delay, two weeks ago, I got busy and started piecing...Here's how far I've gotten. 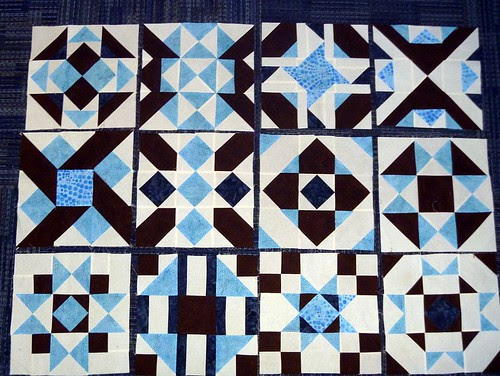 There are two blue batiks and Kona Cream from different dye lots...ya'll know I like to keep it scrappy.  I've got some extra half-square triangles of various sizes that I will work into the border and back...I think.

So far, I like it a lot.  Next up...the border and back.  If I can get it together, this will be my brother's Christmas gift; after all, blue is his favorite color. ~ksp